New US study shows low-end clothing production moving rapidly to Vietnam, Cambodia and Bangladesh, but high-end goods still made in China. The average retail price of clothing manufactured in China has more than doubled since the start of the trade war 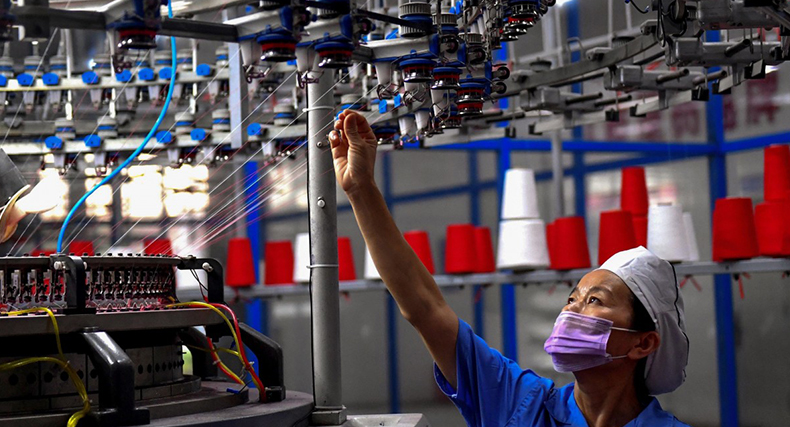 High-end US fashion brands have become more reliant on China for manufacturing, making them more vulnerable to an increase in trade war tariffs, a new study shows.

While imports of basic apparel items such as T-shirts and underwear can easily be shifted to lower-cost production hubs such as Vietnam, Cambodia or Bangladesh, China has become so specialised in the manufacturing of higher-value goods such as accessories and coats, that US brands may be forced to stomach the tariff hike.

Research from a professor at an American university shows that other countries, further down the value chain than China, cannot compete on quality on such high-end items, despite the fact many areas of the textiles industry are engaged in a race to the bottom, in terms of costs.

The report shows that China’s stranglehold on the garment supply chain continues, despite its price advantage being eroded rapidly, due in part to increasing labour costs and the early rounds of US tariffs. The average retail price of clothing manufactured in China was US$25.7 per unit back in the second quarter of 2018, only slightly higher than clothing from Vietnam. A year later, China’s cost more than doubled to US$69.5 per unit.

By the end of the first quarter of 2019, the number of apparel items made in China that were held in US clothing retailers’ inventories were down more than two thirds to 8,352 stock-keeping-units (SKUs).

China still dominated the US retail market as the largest supplier of new clothing items (193,774 SKUs) from the beginning of 2016 to late-April 2019. Vietnam, considered to be China’s main challenger on the cost and quality of garment manufacturing, contributed a third of China’s level to the US market during the same period.

Since August 2017, when the US government launched its investigation against China for unfair trade practices, US brands have placed fewer orders for new clothing lines in China.

Vietnam also faced higher cost pressures during the same period, but to a less extent than in China. The average price of garments made in Vietnam rose from around US$20 per unit to US$34.8 per unit. Prices of clothing made in Cambodia and Bangladesh remained below US$20 per unit.

If the US and China impose 25 per cent additional tariffs on each other’s exports of apparel and textiles, it would do little to help US domestic apparel manufacturers, as the US would import more from other suppliers than what they reduce their imports from China, further worsening the overall US trade deficit in the apparel sector.

It s expected US clothing firms to accelerate the pace of shifting production facilities out of China in the wake of the latest tariff raise.

Taking a popular US underwear brand as an example, 80 per cent of its apparel was produced by a Hong Kong-owned company in Shenzhen. The company began to redeploy to Vietnam four or five years ago. Last year, due to tariffs, it quickly expanded its investment in Vietnam. Currently, there are four factories in northern Vietnam, accounting for half of their production capacity. If the tariff increases to 25 per cent, there is no doubt that they will move [their production] quickly and more completely.

​US imports from Vietnam surged by nearly 40 per cent in the first four months of this year compared to the same period last year, according to a Financial Times analysis of data from the United States International Trade Commission. This was the largest rise among the 40 biggest importers to the US.

Over the same period, US imports from China fell by 13 per cent, the second-largest contraction since 2009.

Unilever and Forum for the Future have developed a toolkit that identifies 10 different circular business model archetypes.

Sustainability is the Paradigm of Digital Textile Printing

As the awareness of sustainability grows throughout our industry and the community that it serves, we are witnessing a huge swing towards sustainable supply.

Speed and cost efficiency are both critical as apparel businesses juggle myriad products and suppliers, and growing industry pressures are underscoring the importance of a well-run supply chain.

Sustainability has begun to present increasingly in our daily lives and the world's leading brands are constantly updating their strategies to contribute to the concept of sustainability.